ERA II takes you on a distant journey into the medieval world, deeper than ever. Eduardo Tarilonte, creator of award-winning libraries such as Forest Kingdom, Desert Winds, Epic World and Shevannai, presents the considerably expanded version of the first edition of ERA Medieval Legends. ERA II offers an even more comprehensive selection of historic instruments. This library holds the perfect instruments for film- and television soundtracks with historical background, fantasy-games as well as folk-music, medieval-rock and related compositions.

For ERA II, Eduardo Tarilonte created 25 new instruments, resulting in a total number of over 70 instruments, all recorded in highest detail and quality. In addition, there is a huge amount of soundscapes available – all ready to use within the advanced Engine-Player and its generously expanded and specifically optimized user interface.

ERA II pursues the goal of capturing the musical atmosphere and sound aesthetics of the medieval, porting these old times into the computer-based production environment. The carefully programmed user interface of the Engine-Player makes this library easy to use, allowing the sounds of ERA II to inspire and unfold the musician’s full creativity. ERA II is just like an exciting fantasy-novel, taking musicians and composers on a journey into dark and long forgotten times.

ERA II is well suited for different styles and genres ranging from medieval scores with authentically sounding instruments to fantasy-music, soundtracks and new-age-spheres. The sounds of ERA II are absolutely unique and cannot be found in any other library. It holds an overwhelming selction of instruments, sounds and soundscapes that provide musicians with a complete sonic compendium, leaving no sound to be desired.

The instruments in ERA II use extensive multisampling, dynamic layering, diverse articulations, round-robin and true-legato-samples. The library contains 25 gigabytes of sample data including all instruments and sounds of part one. 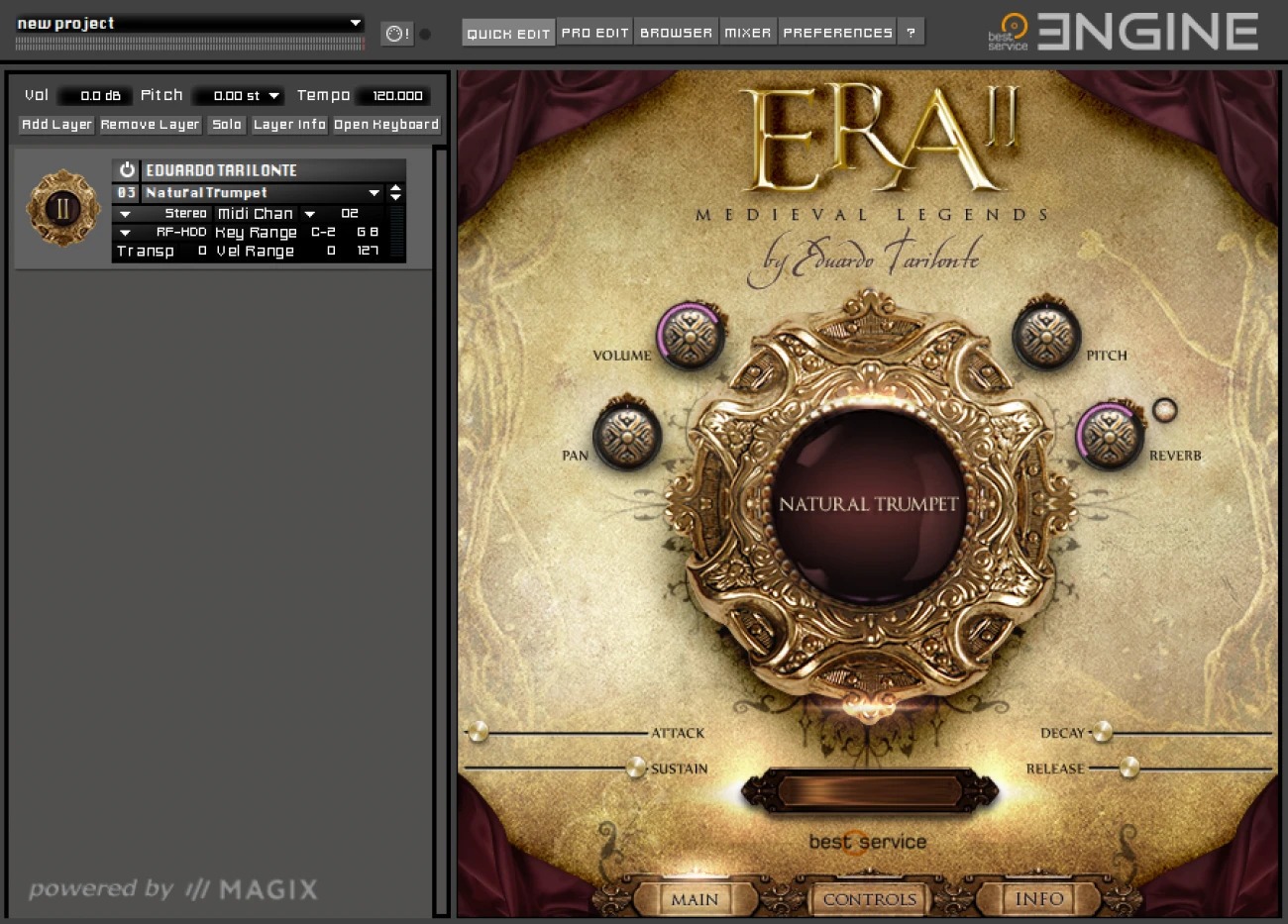 All instruments and voices were recorded using a Neumann U87 microphone being accompanied by selected high-quality preamps from manufacturers such as Avalon and Neve. The instruments were intentionally captured with close mic techniques avoiding unwanted room information to give users full control over the following sound shaping process and added effects.