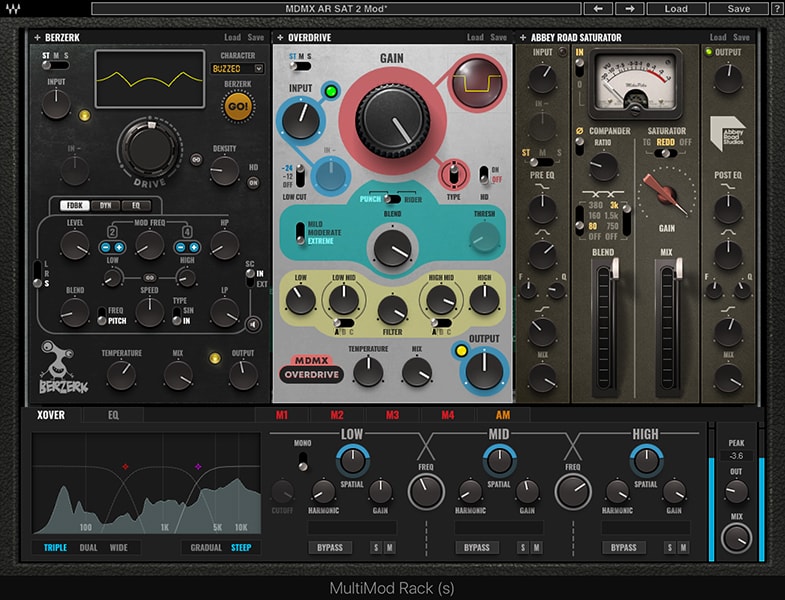 Today we will be talking about a brand new plugin from Waves Audio! Well, not entirely brand new because it is actually a rack that involves loads of their amazing plugins. The name of the game, you ask? Distortion. Some of you may have read the previous article about their distortion plugin “Berserk” that I had written before its initial release late 2019. If not, you can do so HERE. The new plugin is called the MultiMod Rack, and it works exactly like a multiple modular rack that you can fill with some of their greatest distortion and saturation plugins. This is a next level distortion suite that can be used as much creatively as it can for surgical precision when working in the mixing stage. So, let’s dive in and check it out! 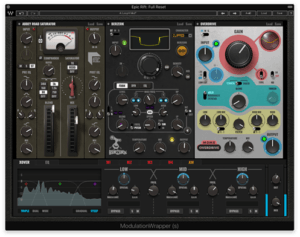 Inside the MultiMod Rack you can choose from Abbey Road Saturator, Berserk Distortion, or the Fuzz, Overdrive and Screamer from their MDMX plugins. Also included are 2 effects modules; a chorus and a delay.   After you select what plugin units you would like in the rack section, you can then rearrange them however you see fit. It’s as easy as holding down the mouse on the rack module and dragging it to a new position. This of course will give you entirely different sounds depending on the arrangement. Once you have the lineup you want, you can go even further into detail with the multiband controls at the bottom.

This section has crossover frequencies you can choose from. So you can then assign, for instance, the Fuzz to the midrange, the Abbey Road Saturator to the top end, and then overdrive to the low end. This gives you insane control on which part of the frequency spectrum each element is interacting with! Alongside the multiband is an EQ. So you don’t even have to use a separate one unless you wish to do so. You can do it all here in one window! 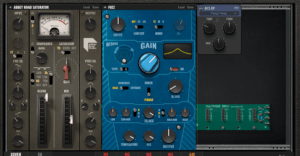 So, let’s move on to another great feature. Clicking next to the multiband and EQ is letters “M1, M2, M3, M4, AM”. These are modulators. When you click on one of these it will then reveal the modulation controls. This is when things get really cool! What you can do is easily assign each modulator to whatever dial or control you desire and then hand draw in either LFO or sequence to give the plugin its own movement. Let’s say you’d like to assign a moving frequency to move around on the Berserk modular, then you can assign M1 to the Mod Freq dial. You can then adjust to taste on how much is sent and it will begin to react in whatever way you draw it in or sequence it with the modulation.

This is great for tweaking and adding something special during a production. Alongside these great modulator controls is also the AM control. This allows you to assign amplitude rather than modulation to where you need. With the attack and release dials you can then see how quick or slow the curves become with something such as the mod frequency on the berserk. It starts to do super strange (but creative) things this way.

Overall, I give the MultiMod Rack two big noisy thumbs up. Waves have once again taken their already established plugins into a new direction and giving you something fun to mess with. Perfect for sound designers and producers alike, this plugin will give you all you need in the world of distortion and then some! So what are you waiting for? Check it out for yourself today! Just follow this link here to pick it up!