What does an XOpak do?

XOpaks are editable beat & sample expansions for XO.
They contain curated beats & samples that you build your sound upon by using XO and your samples & grooves. 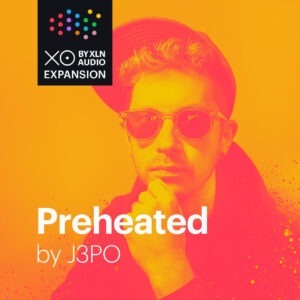 From Nu Jazz goodness to old school sounding breaks to the occasional digression into house, with this XOpak, J3PO has blessed us with a whole lot of ways to get groovy. Whatever you’re planning to produce, from soul and jazz to hip-hop, lo-fi, or even something more experimental, you’ll find something perfect to get you going in here. Get warmed up with fire beats and breaks, chord stabs, lo-fi hiss and crackles.

Give your tracks a supercharged head-start by kicking them off with one of the world’s hottest studio collaborators, J3PO. From crispy, crunchy hip-hop backbeats to jazzy chord progressions, sweet soulful samples to textures and thumping bass notes, this XOpak has all the ingredients to get you started in a whole host of different directions.

You COULD spend hours digging through a million samples and trying to organize them into something that sounds just right… but why not let J3PO give you a helping hand and get you started with one of 80 bumping grooves, all ready to go in XO’s built-in rhythm sequencer. Once you’ve found the one you like, you can make it your own: tweaking the beats, swapping out each sound for anything else that XO has in your sample library – all perfectly organized by how well they’ll fit in there as a replacement. It’s all the power of XO, with some added goodness from J3PO. 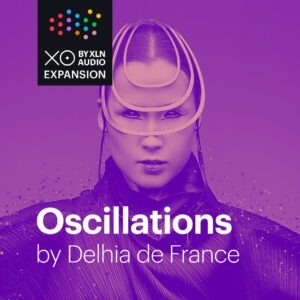 Instant atmosphere with beat presets and samples from the queen of alt-pop electronica. Crispy tight drum patterns, booming bass, ethereal processed vocal lines and a whole lot of space. Blast off on your musical journey using Delhia’s Oscillations as a launchpad for your beats.

It’s a mirage. This is music so rich in texture and feels that you can almost see it. From moody club house bangers to dreamy downbeat soundscapes layered with siren singing, this XOpak takes you deep into Delhia’s sonic world as she paints a succession of intriguing aural images. Mesmerizing and beautiful.

At times deep, urgent and driving, at times wistful and floaty, there’s a lot to explore here. Each preset feels almost fully formed, a solid starting point for further experimentation. Simply load a groove up into the inbuilt sequencer and let your imagination go wild, swapping out sounds for anything else in your XO library to make endless creative variations. Build, layer, experiment, play. 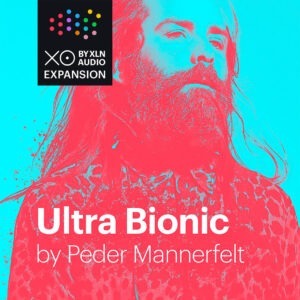 Take your sound into new dimensions of noise with experimental Techno genius Peder Mannerfelt and his well-loved collection of modular synth glitchery. From breakbeat electro to hardcore rave.

One of the shining lights of the IDM world Peder Mannerfelt gives you exclusive access to his incredible collection of music making machines. He tweaked, coaxed, and sampled the hell out of them to create a sonic palette of artful noises. The XOpak consists of individual samples organized by Mannerfelt into 118 ticking, crackling mini masterpieces for you to incorporate into your sound.

Mannerfelt used his substantial private collection, amassed over years of experimentation and messing around with vintage modular synthesizers, patch cables, and effect pedals. There are clicks and clacks from long-lost 8-bit SynthStations, great booming bass sounds from bespoke 90s synthesizers, Peder’s go-to snare hit from a Korg PS 3200. Kicks made from the sound of a recorded car door and run through a dizzying array of effects – it’s like scrap metal music with all the little pops, glitches, and fizzles you’ll need to link it all together into a beat.

Our favorites are the sounds that Mannerfelt made with his late 60s EMS SYNTHI modular synth. This thing has to be seen to be believed – and after having been used by Mannerfelt on Russian raves in massive abandoned factories over the years, the soot, dust, and sweat it has been marinated in has only added to its unpredictable, wonderful character. Expertly manipulated by the man himself, the SYNTHI and Mannerfelt’s other machines provide some seriously unique ingredients for you to use in your beat-making. 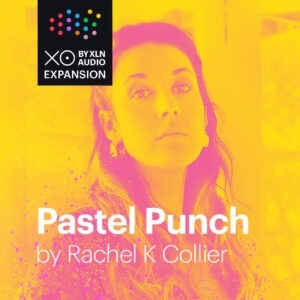 If you’ve ever seen her perform, you’ll already have a good idea of the sort of sonic goodies you’ll be getting in this XOpak. Rachel K Collier’s live performances are more like mini studio masterclasses than simple songs. Each part is sung, sampled, or played, building up layer upon layer until the individual pieces seem to find their final form almost by magic as a perfectly balanced club banger is born.

These infectious, perfectly balanced grooves come fully formed with vocal samples and delicately constructed percussion and drum tracks. Great to use as a starting point in your productions, and thanks to XO’s inbuilt sequencer and the infinite hot-swapping capabilities of the software, each one is ultimately customizable. Wonky Woo sounds pretty heavy right out the box, but those toms can just as quickly become synth stabs, or why not swap them out for kettle drums, and you’re ready to set the dance floor alight! With XO, the possibilities are literally endless.