Eduardo Tarilonte Vocal Codex – Voices of the past 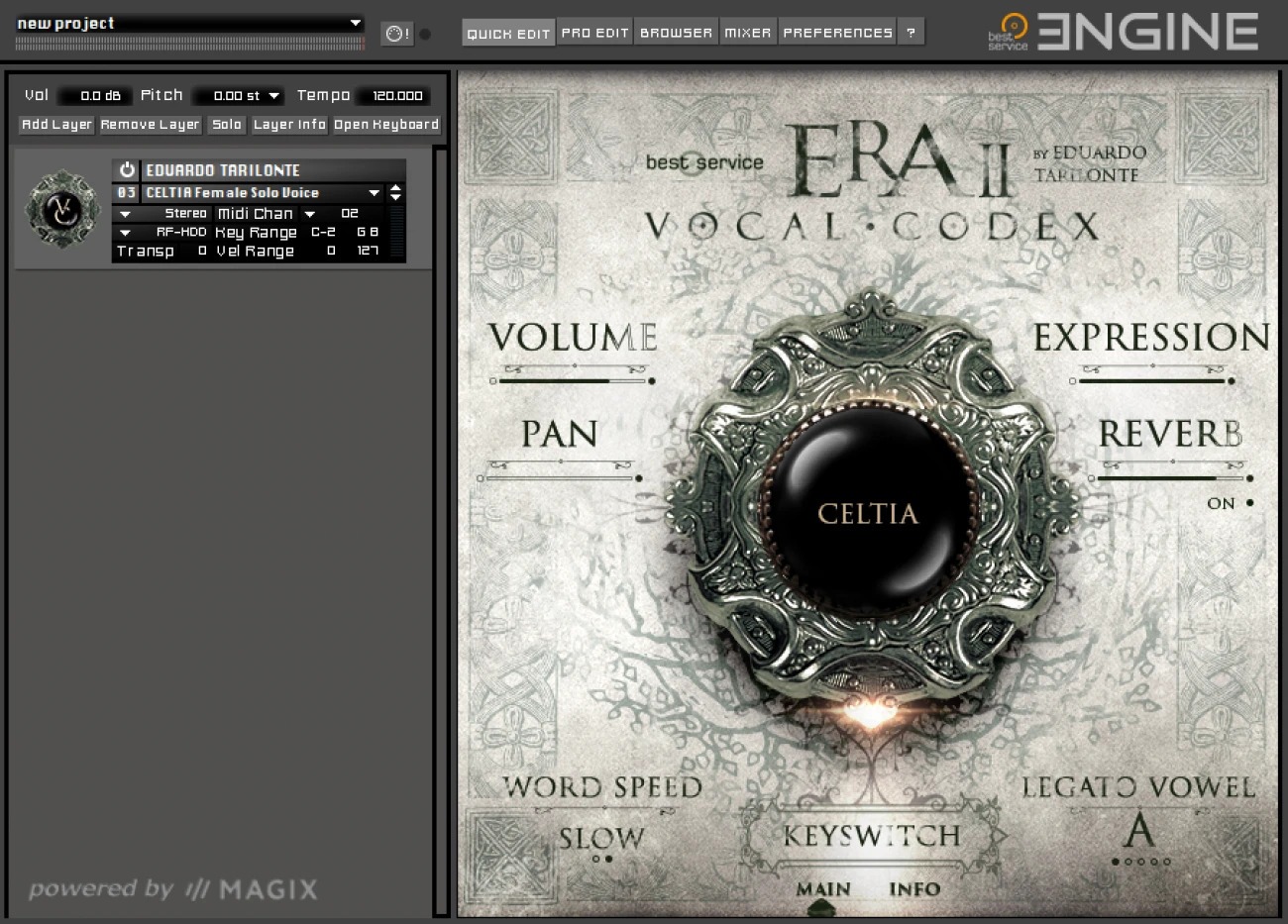 Vocal Codex takes the moods and sound aesthetics of the medieval and bygone times to the production environment of the digital audio workstation. The carefully designed user interface of the Engine player simplifies working with the library, allowing the voices of Vocal Codex to inspire and fully unfold the musicians’ creativity.

Vocal Codex contains over 14,000 samples with a total amount of 8.5 gigabytes of data. The detailed recordings comprise two male and two female solo voices. By offering five true legato vowels (A, E, I, O, U) per voice, velocity-sensitive triggering of syllables and extensive controller navigation, creating utterly lifelike vocal phrases becomes possible. In addition, 30 inspiring soundscapes have been added to round up Vocal Codex with corresponding atmospheric sounds.

Among other features, Vocal Codex includes the exclusive contents of „ERA II Limited Edition“, that were only available for a limited time. All owners of this limited edition will find Vocal Codex in their user accounts for free immediate download.

For the production of Vocal Codex, greatest care was taken to every detail. The recordings in Eldana Studio, located in Dueñas, Spain, were performed using an U47 Kahayan microphone, an API preamplifier and the analog Kahayan summing unit Epsilon.